The film captures one family’s agonizing implosion on tape via the young Iva’s ever-watchful birthday present.

For her 14th birthday, Iva receives a small digital video camera. Delighted by her new toy, the girl immediately starts filming everything around her, recording a series of events surrounding her birthday party.

Iva is always fighting with her mother and doesn’t like her stepfather, but with her camera she manages to capture all tensions and confrontations of her family life, that gets even more complicated during dinner with her stepfather’s business partner from Germany.

An innocent birthday celebration affords a bourgeoisie family the opportunity to view their lives from an entirely new perspective in this award-winning family drama.

Tomislav Radić is one of the most known Croatian film, TV and theatre directors. Radić graduated from the Academy of Dramatic Art in Zagreb in 1973. He directed numerous theatre plays, as well as over forty TV-plays and documentaries for Croatian Television where he was Head of Drama Department from 1997 to 2000. From 1978 to 1997 he was a tutor at the Academy of Dramatic Arts in Zagreb, Department of Acting; from 1981 to 1985 he was Dean of the same Academy.

Golden Arena for Best Actress in a Leading Role

Golden Arena for Best Actor in a Leading Role 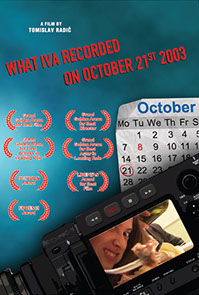