In the same lonely night, three women in their three different apartments, distant, yet connected by their intertwined destinies cannot find any sleep, each for their own reason.

In three different remote apartments in the same night people are being alone and lonesome, being disappointed at this point of their lives, not achieving what they had expected at un earlier point, being deserted, being deprived of their hopes, being unable to see good around them.Night and darkness confront them with their loneliness and their daily fears.

Christina and Darko, a couple in their 40-ties, are quareling all night long, once again. Far from them, the old Nana, Darko’s mother, is alone and abandoned, left to cope with her health and her fear of death, hoping that her lodger Patricia, a young Spanish woman, will releave her loneliness.

In the third apartment, Mirjana, the young mother once hoping for a fruitful life and a career, now is all alone in the night, facing demands of a new life – her child. Her baby cries and cries , while the mother-in-law, trying to be in control of everything, use the opporunity to insult her son’s wife. And Miro, the son, is in the apartment of dying Nana, together with Patricia…

In October 2009 “Three Stories About Sleeplessness” was awarded for The Best Screenplay at the 14th Ourense International Film Festival in Galicia, Spain.

Radić is one of the most known Croatian film, TV and theatre directors. He directed a number of documentaries for Croatian Television as well as numerous screen adaptations of drama pieces from literature, and from 1997 to 2000 he was the Head of Drama Department at the Croatian Television. From 1978 to 1997 he taught acting and theatre direction at the Academy of Dramatic Arts in Zagreb. From 1981 to 1985 he was Dean of the same faculty. 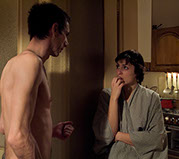 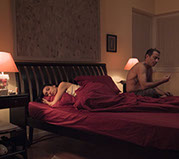 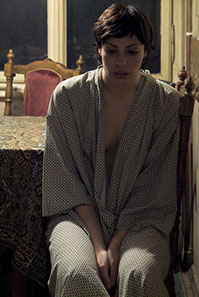