English title: We were Young Yugoslavs

Nena, Ognjen, Ante, Mladen, Antonia and so many others... used to meet up in international youth summer camps. They were from Belgrade or Zagreb, and their parents Bosnian, Serb or Croat. They spoke different languages, written in different scripts. They were neither of the same religion nor from similar cultural traditions. But they were all aware of belonging to a country they believed in, a country that used to be called Yugoslavia.

Antonia now lives in Sweden. In the spring of 1991, when the disintegration of Yugoslavia began, she set off for Zagreb and Belgrade with a camera to question her old friends. The friendship remained, as did a determined optimism. But the film was overtaken by events before it was completed - the threat of nationalisms and the collapse of illusions. The military aggression against Croatia...The future was black.

A film by Antonia D. Carnerud 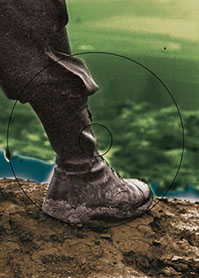